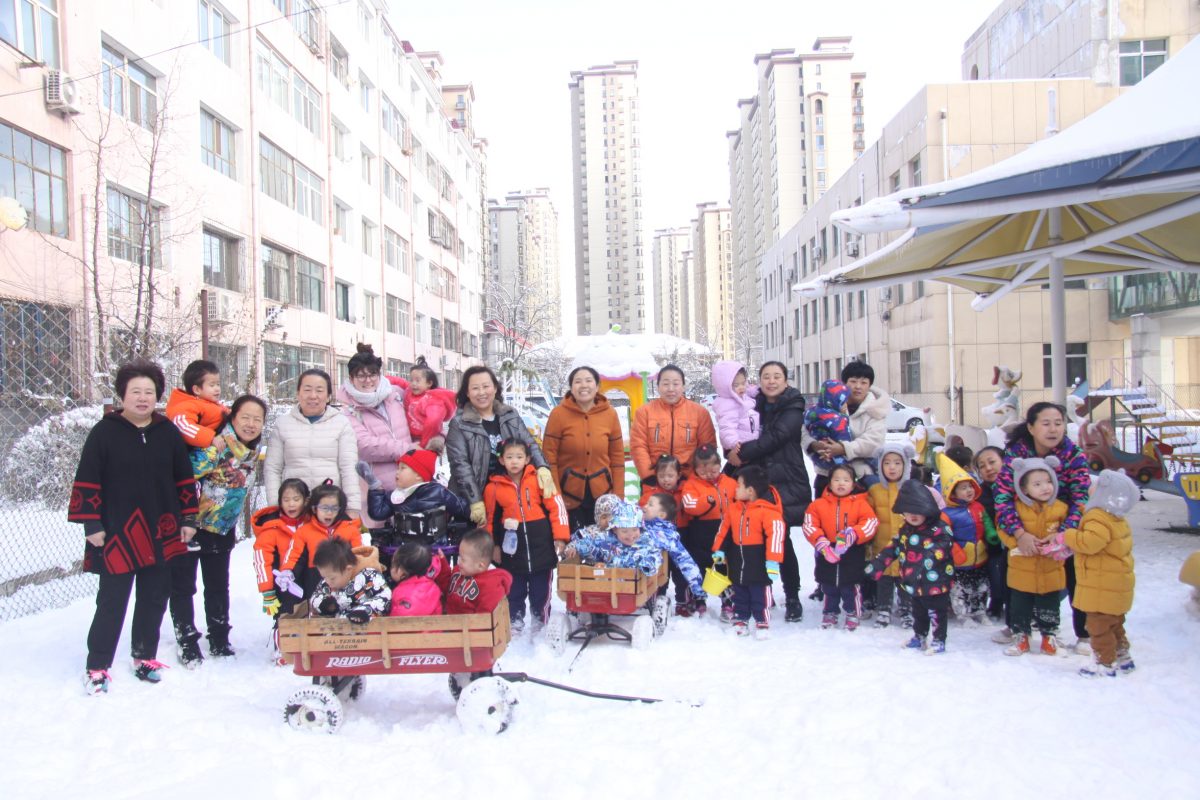 Here in Northern China, a snowy day calls for a photo shoot!

It was so fun to see the nannies bundling up all the children! Many of them ended up waddling down the hallway because of all their layers.

The orphanage staff clears the sidewalks for us, so to play in the snow we had to head for the playground. A few of the kids were more interested in playing on the playground sets than playing with the snow covering it.
For the most part, the kids loved the snow. They made snowballs and threw them up in the air to create their own personal snow shower. A few focused on their footprints in the snow and the patterns their shoes made. Of course, there were a few who were very uninterested in the snow.

Snow is a great sensory tool. It’s cold, wet, powdery, and shiny. It’s very different from most of the things the children are exposed to. Some would touch it and shiver, some pulled back, surprised by how cold it was. Others put it directly in their mouths.

We all had so much fun playing in the snow, but I think we are all ready for spring to come and the snow to go away! Until then, we will enjoy our occasional ventures out and find more fun ways to play inside!