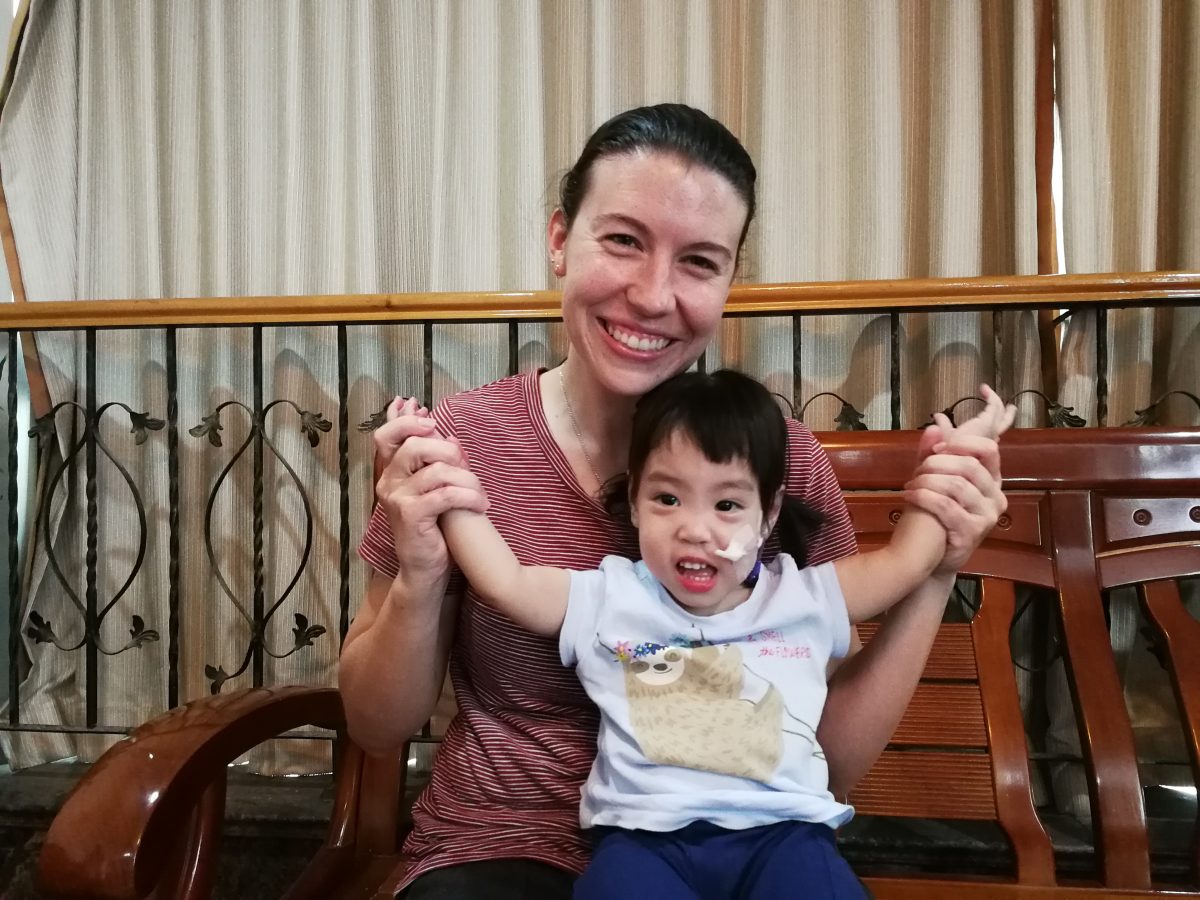 Baby Qi was abandoned as a newborn baby.  After months of being carried in the womb of her biological mother,  she was born prematurely and then abandoned.

Around the same time,  Chelsie got a phone call asking her if she would go to an orphanage to help pick up two preemie children and bring them to the Dew Drops Little Flower Beijing home.  Chelsie had been volunteering with Little Flower for a while and such requests were usual. She had helped transport other children on overnight trains to Beijing. She said yes.  She didn’t know it at that time,  but that yes had such a big impact on her life.

Chelsie ended up being Qi’s primary caregiver for a few months.  As a NICU nurse,  Chelsie knew how to monitor Qi’s heart,  help her when she had difficulty breathing, and help her with feeding.  Hours of skin on skin kangaroo care built a strong bond between these two.

And as time went by, we saw lots of small changes in Qi as she grew! Around 8 months later,  Chelsie returned to the U.S. to start a travelling nurse position.

Meanwhile, under the continuous love and care of the Dew Drops nannies, Qi kept growing. She is now 22 months old, walking (or rather running around),  and saying a few words. She is our bundle of joy!

Chelsie is now back in China again,  not to volunteer with us for another year,  but instead to adopt Qi!  Qi’s story like all of the children in our care started in a place of pain.  Her pain will remain with her in some form through her life, but she is starting a new part of her story today– with her own forever family!  Sometimes when life unfolds,  beauty,  hope,  and joy pours out to cover the brokenness and pain.  We are so happy for Chelsie and Little Qi and can’t wait to see the rest of their story unfold!

2 thoughts on “Qi, Our Bundle of Joy”