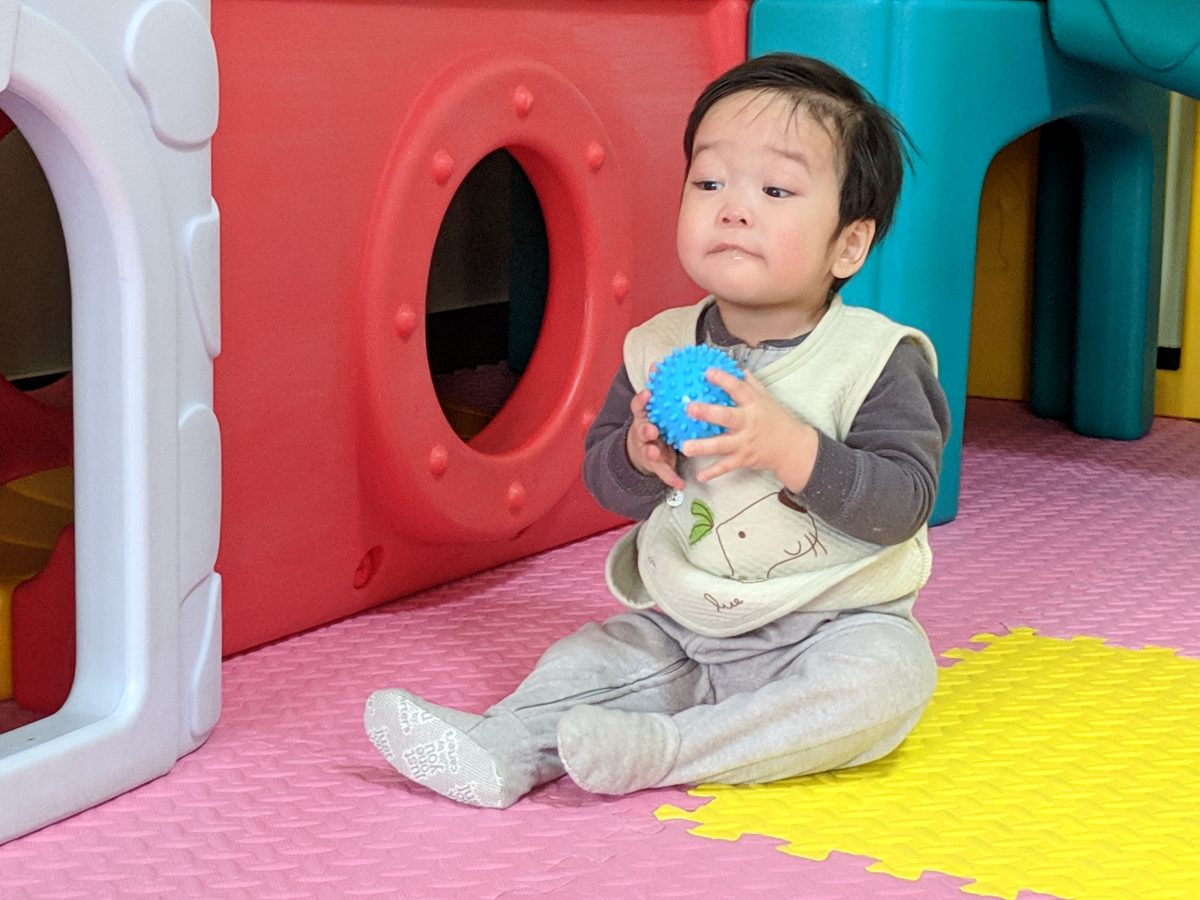 Monday morning started like any other day. After morning snack time, the kids were all back in the playroom for some fun. From a young age, little Zhan has loved playing with balls. Small ones, big ones, he doesn’t really mind….he likes them all! Who would have thought that an entire morning could be filled with a few balls!

First, Zhan shows off his skills at catching the big blue ball and throwing it to his nanny.

This went on for a while….

Then there were two balls. Zhan was a little unsure at first, but quickly realized that he could throw both balls back at his nanny! There was double fun with two!

And of course, when you are having so much fun, you have to scooch closer to your nanny to make sure she too is having fun like you!

What a pleasant morning with Zhan!